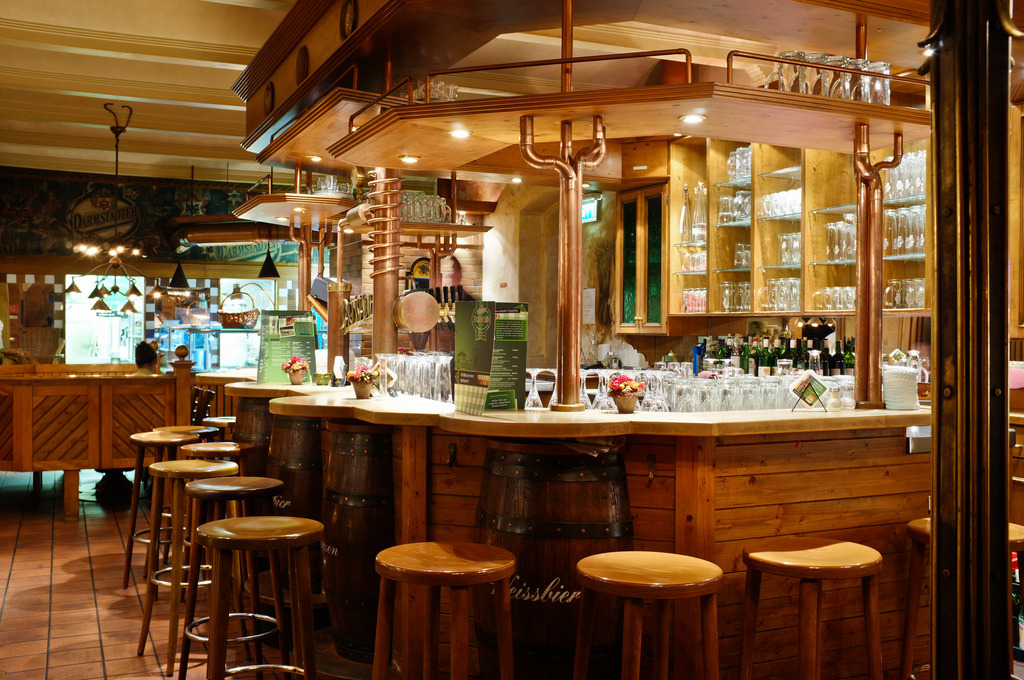 Willkommen-in-germany: Darmstädter Braustüb’l in Darmstadt, Hessen, Central Germany. Darmstadt is located in the southern part of the Rhein-Main-Area (Frankfurt Metro Region), population: 150,000. It holds the official title Wissenschaftsstadt (City of Science) as it is a major center of scientific institutions, universities, and high tech companies. The European Space Operations Centre (ESOC) is located here as well as GSI Centre for Heavy Ion Research, where several chemical elements like bohrium (1981), meitnerium (1982), hassium (1984), darmstadtium (1994), roentgenium (1994), and copernicium (1996) were discovered. Darmstadt was formerly the capital of the Grand Duchy of Hesse and its successor, the Peoples State of Hesse. In the 20th century, industry (especially chemicals) as well as large science and electronics (later IT) sectors became increasingly important, and are still a major part of the economy. Darmstadt also has a large tertiary education sector, with 3 major universities and numerous associated institutions. Its home to the football club SV Darmstadt 98, which, after finishing second in the 2. Bundesliga in the 2014/15 season, earned promotion to the 1. Bundesliga for the 2015/16 campaign.