Willkommen-in-germany: Die Sächsische Schweiz (Saxon Switzerland) is a district in… 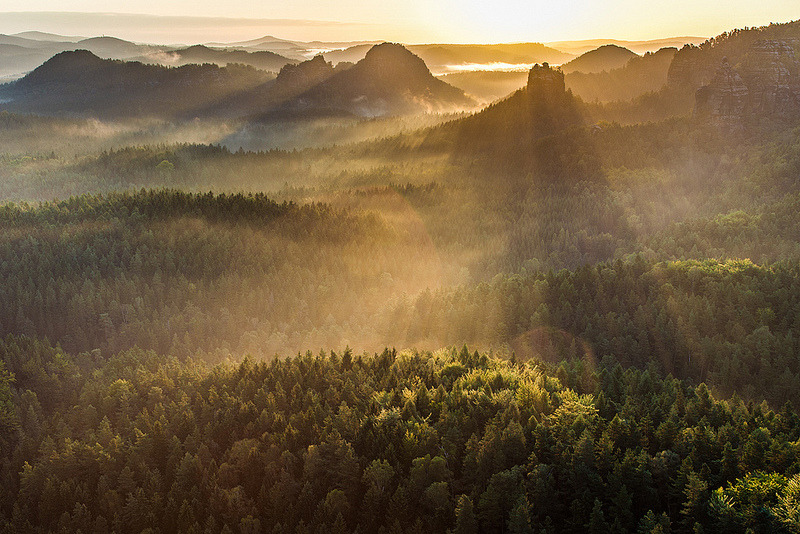 Willkommen-in-germany: Die Sächsische Schweiz (Saxon Switzerland) is a district in Sachsen, Eastern Germany. Its a hilly area and National Park around the Elbe near Dresden. Along with Bohemian Switzerland in the Czech Republic just south, it forms the Elbe Sandstone Mountains. There are some 1,000 climbing peaks popular with locals and international climbers alike. The fortress of Königstein is a well-known landmark; highest elevation is the Großer Zschirnstein at 562 m. During the Dark Ages, the region was settled by Slavs, then was part of the Kingdom of Bohemia in the Middle Ages. In the 15th century the area came under Saxon hegemony as it became part of the Margraviate of Meissen with boundaries roughly corresponding to those of today. Romantic artists were inspired by the beauty of wilderness, like the painter Ludwig Richter or the composer Carl Maria von Weber, who set his famous opera Der Freischütz with its Wolfsschlucht here.